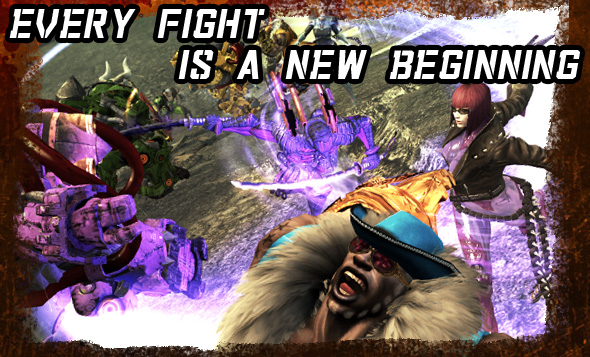 What is a multiplayer online brawler?

It’s what happens when you throw out the rules of what an action game and a fighting game must be online.

It’s what happens when you remove the predictability of being destroyed by someone who knows more combo strings than you, or spent their summer vacation memorizing frame data.

It’s what happens when you get past a street fight and get into a down and dirty brawl.

Anarchy is defined as a state of disorder due to absence or nonrecognition of authority.

A one-on-one fight may leave your back against the wall, but in an all out brawl, there may be no walls to back up against. Your only respite from the fists and fury may be to fight back, or to entice your foes to fight amongst themselves.

Your only course of survival may be to run and hope they don’t notice, or out-flank them and make them pay for a lack of diligence.

When a fight becomes a brawl, it’s not about book smarts, but about street smarts. Even if you only know the basics, the smarter fighter always survives.

Even if you can survive your opponents, can you survive the anarchy?