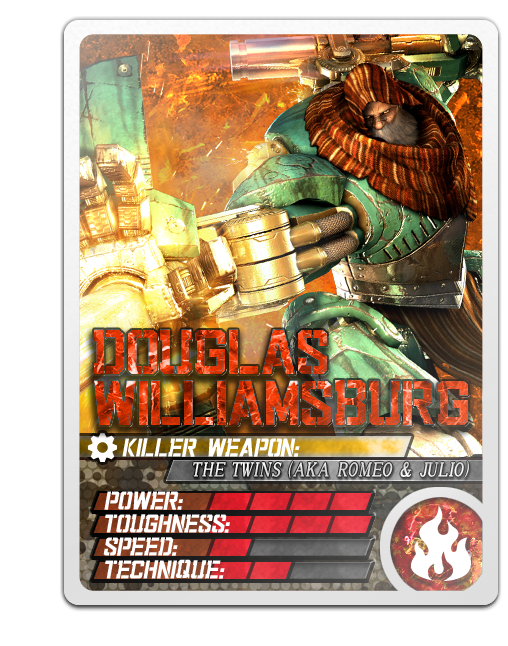 Douglas Williamsburg stood helplessly by as his wife and child were eaten alive by mutants, suffering near mortal injuries himself in the process. Only by submitting to an almost complete cybernetic overhaul
was he able to survive; all that remains of his original body is his head.

Douglas has made hunting mutants a personal crusade for decades, using a pair of tremendously powerful pistons installed in his arms. He has no specific fighting style, preferring to leap into the fray on instinct and let his massive armament do the work. According to Douglas, the mutants deserve little else.