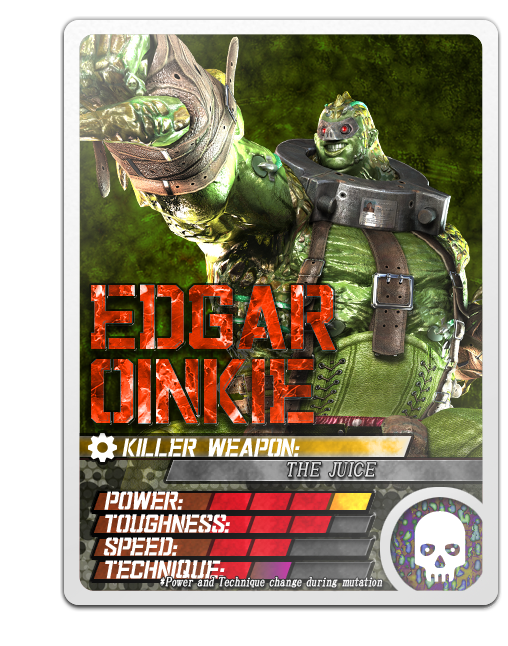 As a purveyor of black-market cybernetic parts, Edgar Oinkie lives some semblance of the high life. Once a legitimate scientist, Oinkie dared to inject himself with one of his own experiments.
Affectionately dubbed “The Juice,” the synthetic compound granted him the awesome physical strength of a mutant. Using his newfound powers to attack cyborgs around the city and strip them of their parts, Oinkie amassed vast sums of money fencing the stolen limbs. Putting his new cash flow to work, he expanded his sphere of influence, eventually becoming the underground, de facto ruler of Port Valenda.
Oinkie is the worst type of “new money” – rude, loud, uncouth, short-tempered, violent, and gluttonous. Whether or not these personality traits are side effects of The Juice is open to debate.