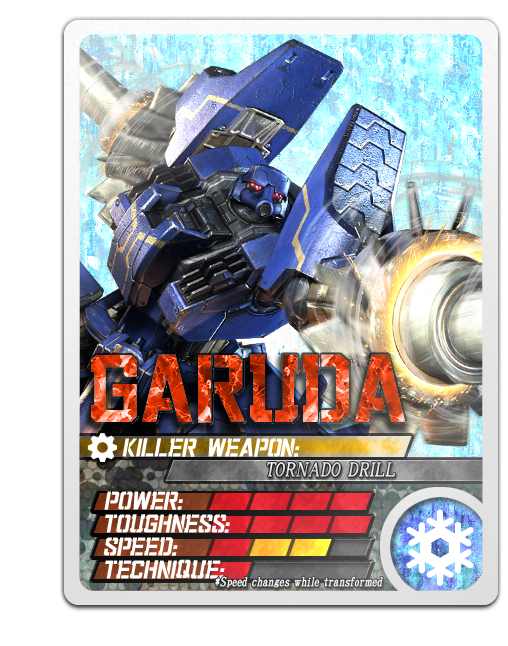 Technically speaking, Garuda is a dead man. After being killed in action, his severed head was smuggled by fellow mercenary Durga to a cybernetics hospital. There, Garuda’s memories were hastily copied
onto a memory chip. For better or worse, the dead man was resurrected, his consciousness transferred into a mass-produced Gargoyle robot.

Garuda’s combat abilities are essentially identical to other, AI-controlled Gargoyles, save for a pair of drill-equipped cybernetic arms customized for close-quarters combat.

However, he retains his human consciousness and memories and now fights alongside Durga, his savior and one-time mercenary comrade-in-arms.