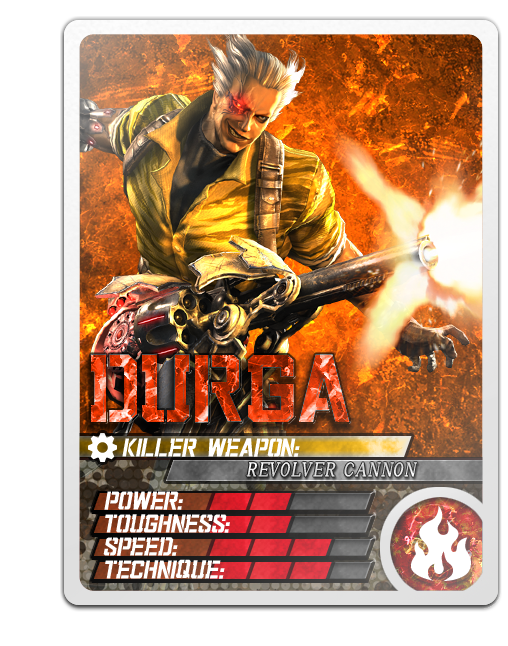 Once a ruthless mercenary, Durga lost nearly the entire right half of his body in battle. After augmenting his ruined flesh with cybernetic enhancements, he teamed up with a former comrade named Garuda. Together, they eke out a living as bounty hunters.

To Durga, work is work: He will track and execute any target, be it man, woman or child. Usually rude, psychotic, and violent, Durga becomes a cold and calculating killing machine in the midst of combat.

Possessing naturally superb musculature, as well as phenomenal agility, Durga fights with a preference for kicking techniques – complemented by a customized cybernetic leg capable of transforming into a cannon.