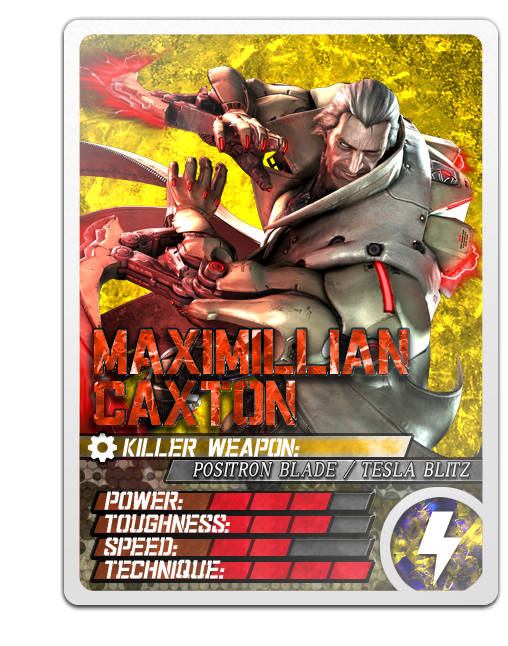 Maximillian Caxton is a wanted man. In a former life, he led Nikolai, Leo and Sasha as the commanding officer of the Bureau of Public Safety High Crimes Division’s elite Strike One detachment.

As the ultimate master of the Cybrid Arts, Max taught the Strike One agents everything they know, as his ability is such that a simultaneous three-way attack by his former students would present little threat.

Max carved the eight jagged scars running down the sides of his face with his own hands and in a mere handful of years has aged to the verge of unrecognizable.