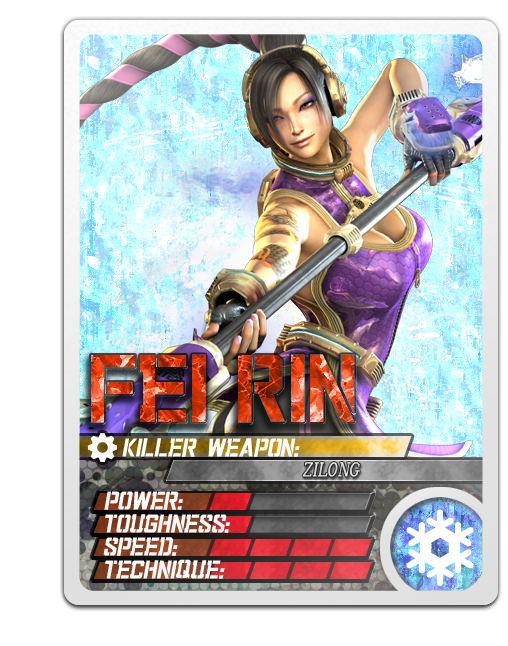 Fei Rin is the eldest sister in a trio of sibling assassins trained since infancy. True professionals in the art of death, they are considered the deadliest in their clan.
Making ample use of her feminine charms, Fei Rin specializes in male assassination; the number of hapless, would-be lotharios who have fallen prey to her deadly wiles cannot even be guessed at. Despite this skill, Fei Rin is less than responsible and more than happy to leave “the boring stuff” to her younger sister Rin Rin.
Fei Rin employs ancient assassination techniques passed down through her clan’s long history and dons a reactor-powered, nanomachine-equipped suit to boost her physical ability. She fights with a transformable lance known as Zilong, or “Purple Dragon.”