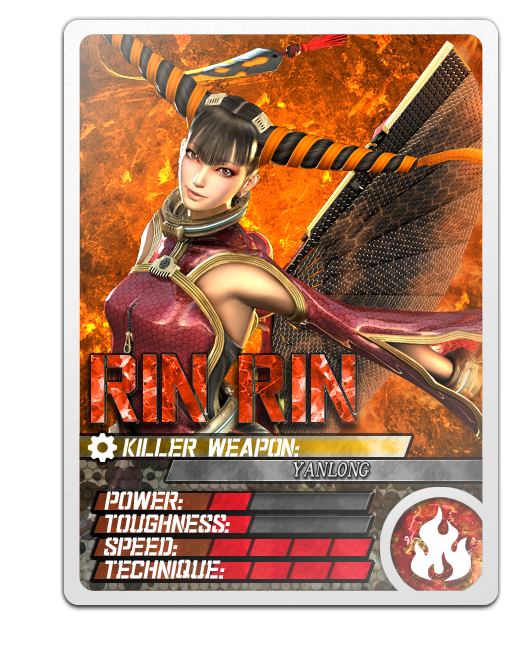 Rin Rin is the middle sister in a trio of sibling assassins trained since infancy. True professionals in the art of death, they are considered the deadliest in their clan.

Every inch a hardened killer, Rin Rin is nonetheless well-mannered and reliable, assuming the leadership role among her sisters (though some less charitable might use the term “babysitter”).

Rin Rin employs ancient assassination techniques passed down through her clan’s long history and dons a reactor-powered, nanomachine-equipped suit to boost her physical ability. She fights with a pair of transformable fans known as Yanlong, or “Fire Dragons.”