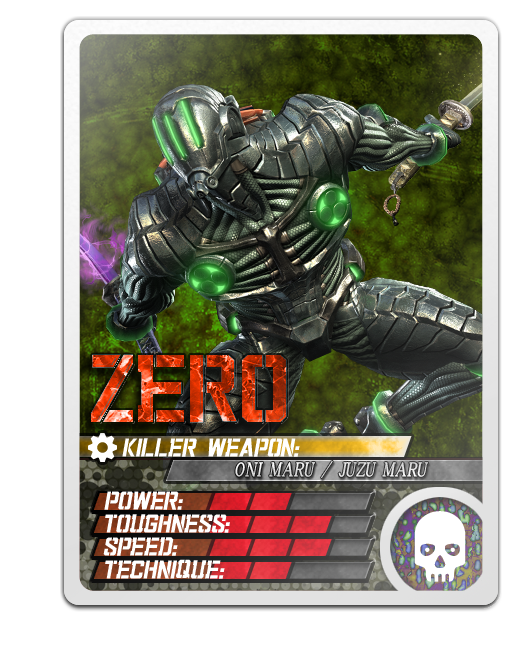 This enigmatic swordsman is a master of dual-wielding katana and a skilled practitioner of Zero-Style Ninjutsu, a discipline employing beam kunai. He dons a pitch-black, nanomachine-equipped suit to maximize his physical potential for grueling infiltration missions.

He has but one goal: to harvest the data needed for developing the drone army’s latest weaponry. He is prepared to mow down hordes of twisted mutants and combat-enhanced cyborgs to achieve it.

His code name is Zero; in dark alleys, it is whispered that he may be descended from a clan of ancient warriors once known as ninjas.