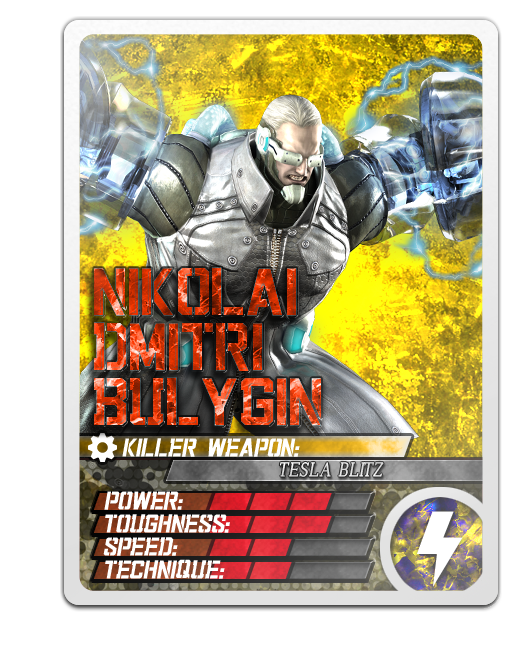 Nikolai Dmitri Bulygin, 32, is a former special ops operator and now a captain in the Bureau of Public Safety High Crimes Division under the Milvallen Ministry of Justice. He recently took command of the elite Strike One detachment, a team including Sasha and Leo.

The rule of law is paramount to this career enforcer; Nikolai dispenses great justice to those he deems to be criminals.

Equipped with a cutting-edge pair of cybernetic arms powered by current that flows from the reactor on his back, the tremendous voltage generated allows Nikolai to unleash devastating electrical blows. He has no known next of kin.