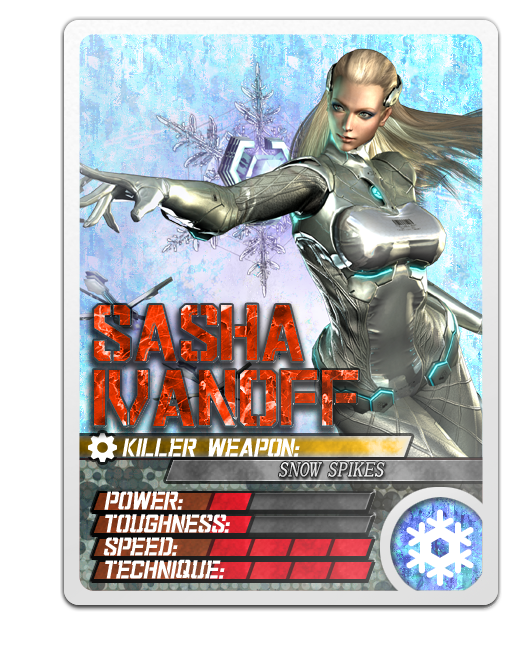 Sasha Ivanoff is a woman of icy intelligence, fast-tracked into the Milvallen Ministry of Justice’s Bureau of Public Safety despite her youth. After a mere two years on the force, she joined the High Crimes Division and was later scouted by the elite Strike One detachment.

Remarkably multi-talented, Sasha serves the Bureau with both brilliant analytical skills and mastery of BPS combat techniques. When armed with her Snow Spikes and the latest BPS nanomachine-equipped suit, Sasha’s combat potential can surpass even cyborgs and mutants.