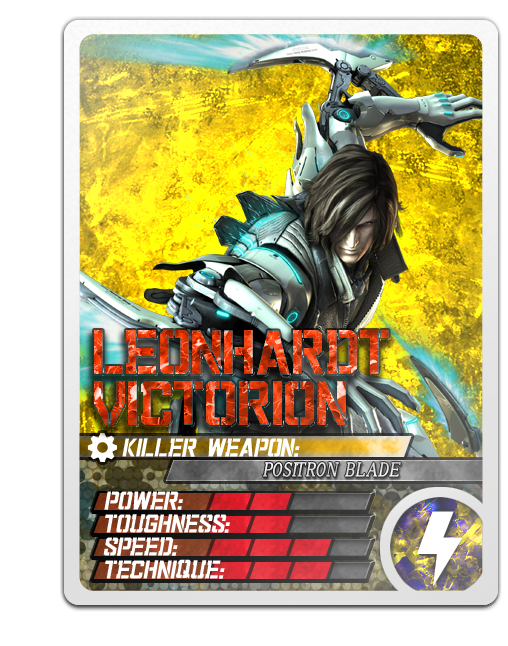 Leonhardt Victorion boasts a background in the Navy’s Special Operations Command unit and is currently an agent of the Strike One task force, an elite detachment of the Milvallen Ministry of Justice’s Bureau of Public Safety High Crimes Division.

Honest to a fault and with a deeply ingrained sense of justice, Leo operates according to his own convictions and beliefs. As a practitioner of the BPS’ Cybrid Arts, he is widely considered to be the best on the force.

Leo currently works with Nikolai and Sasha in pursuit of a fugitive – a man all three once called their mentor.