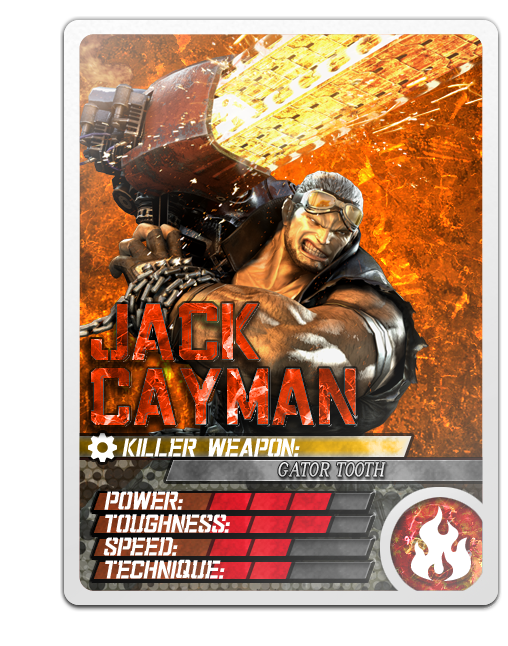 Jack Cayman is ex-military special forces, an expert in all forms of combat, and an infamous Chaser. The Chaser Guild is a private organization that deals with cases regular police are not prepared to handle; kidnappings, disappearences, and fugitice apprehension.

Nearly 75% of Jack’s body has been retrofitted with cybernetic parts, including his right arm, eyes, and skeleton. Combined with already superhuman strength and a vicious, double-bladed chainsaw mounted directly on his arm, Jack’s fighting abilities are unmatched.

Once the heaviest of chain smokers, Jack quit after a request from his only daughter.