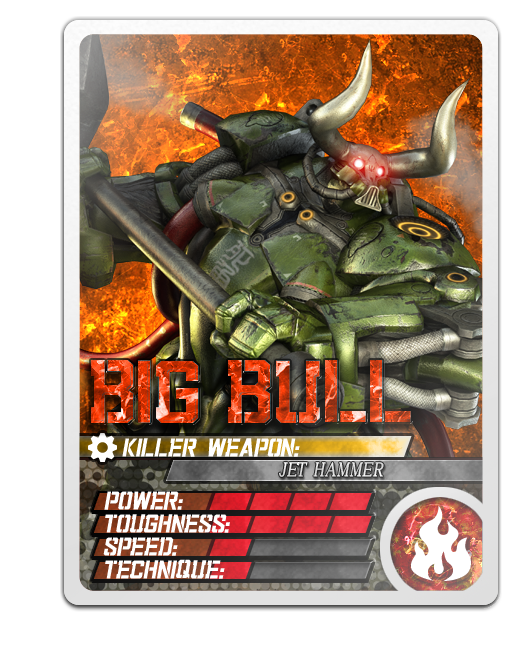 Four years ago, Big Bull suffered a debilitating injury, and elected to have his brain transplanted into a cybernetic behemoth. Despite complete mechanization, Bull remains fully juiced with testosterone… and always ready to settle a dispute with his hooves.

Well-versed in Baijiquan, a style of kung-fu he studied while still fully human, Bull also makes use of a monolithic jet-propelled hammer. Of course, his most frightening asset in combat may be the ability to throw 1.5 tons of body weight around without breaking a (metaphorical) sweat.